Building a love of sport & management.

Born in Malta in 1973, Paul is the eldest of three children, spending his childhood in Bath, Somerset. Sport and competition dominated his childhood. 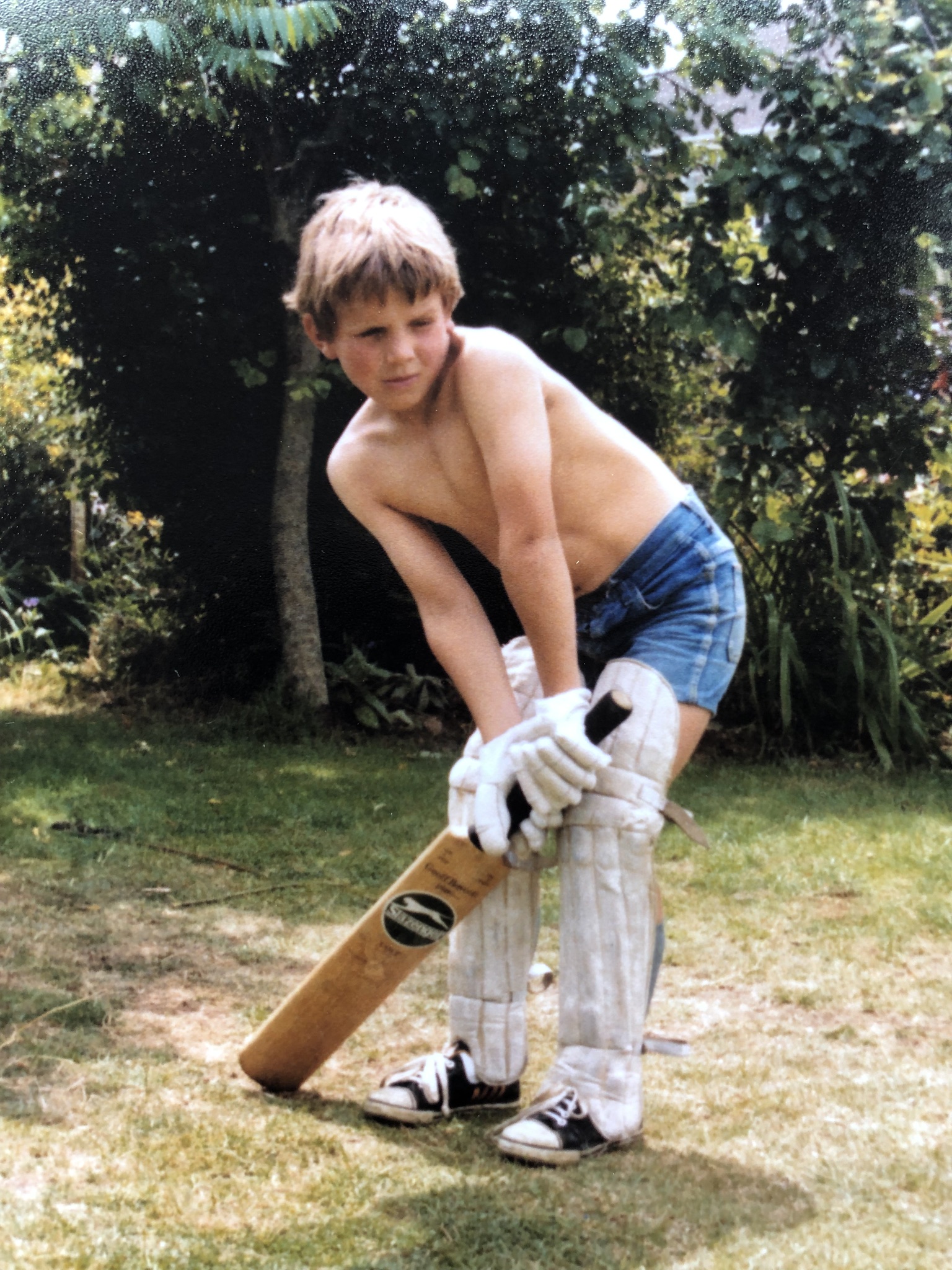 In 1984 the lure of sport and a private school education encouraged a move away to Millfield prep school. At boarding school, daily opportunities to play Cricket and football as well as Rugby & golf strengthened Paul's desire to make a career in sport. 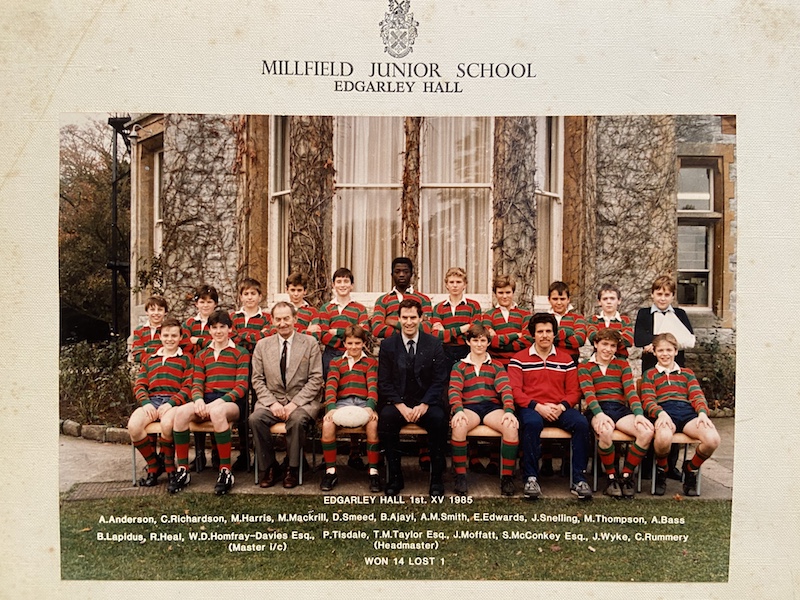 It was whilst attending Beechen Cliff School in Bath from 1986 that sport became increasingly significant. Paul signed schoolboy forms for Southampton FC in 1987 and continued to excel at cricket representing Somerset CCC in the summer months.In 1988 he was selected for Southwest Schools in the ESCA Bunbury festival and at Beechen Cliff became the school’s highest 1st xi run scorer with over 1250 runs. 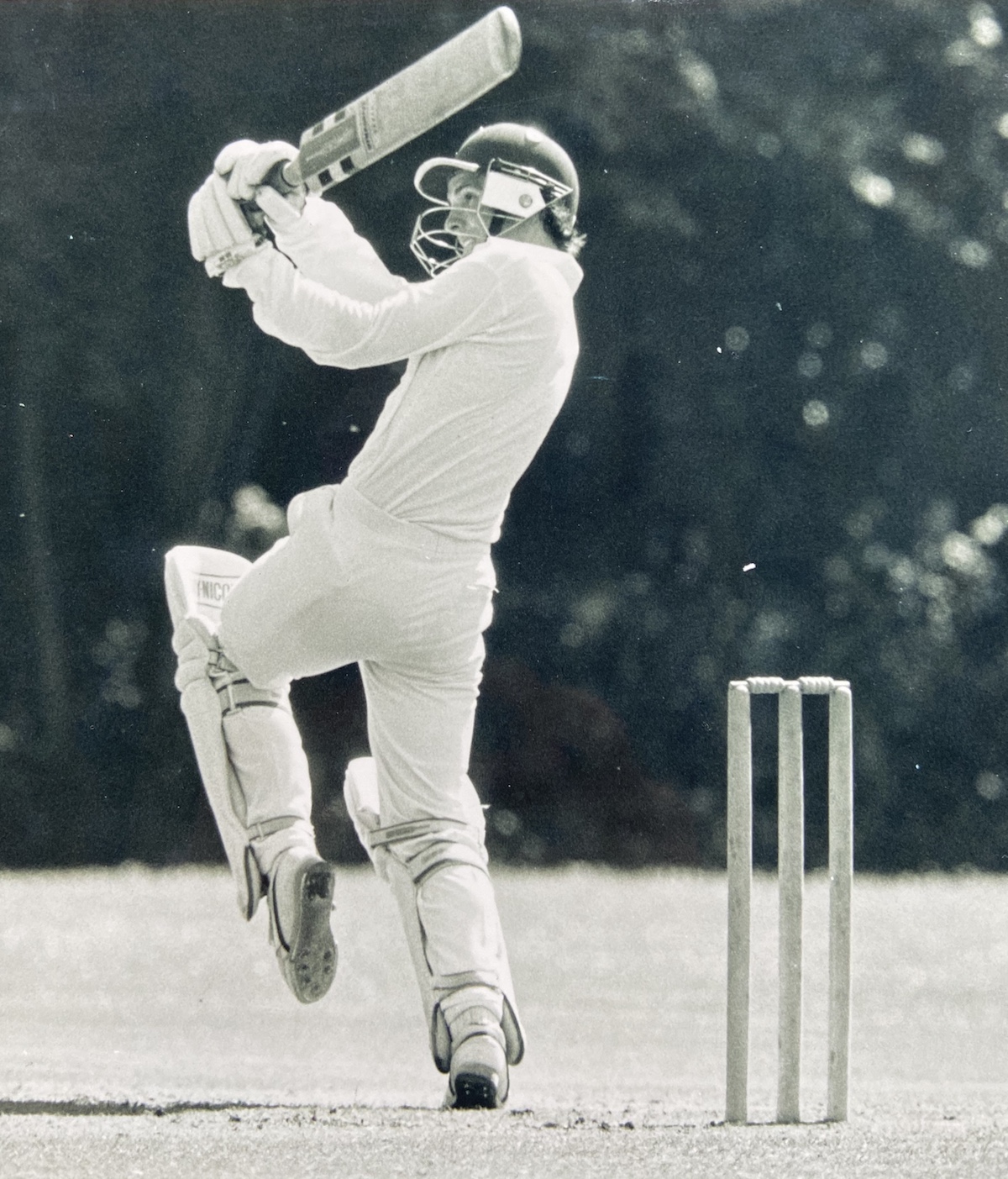 Despite an offer to sign apprentice forms with SFC, Paul remained at school to study A levels and complete his education. Selection for England schoolboys Football prompted a move towards a career in football and in 1991 Paul accepted an offer to join Southampton FC as a full professional. 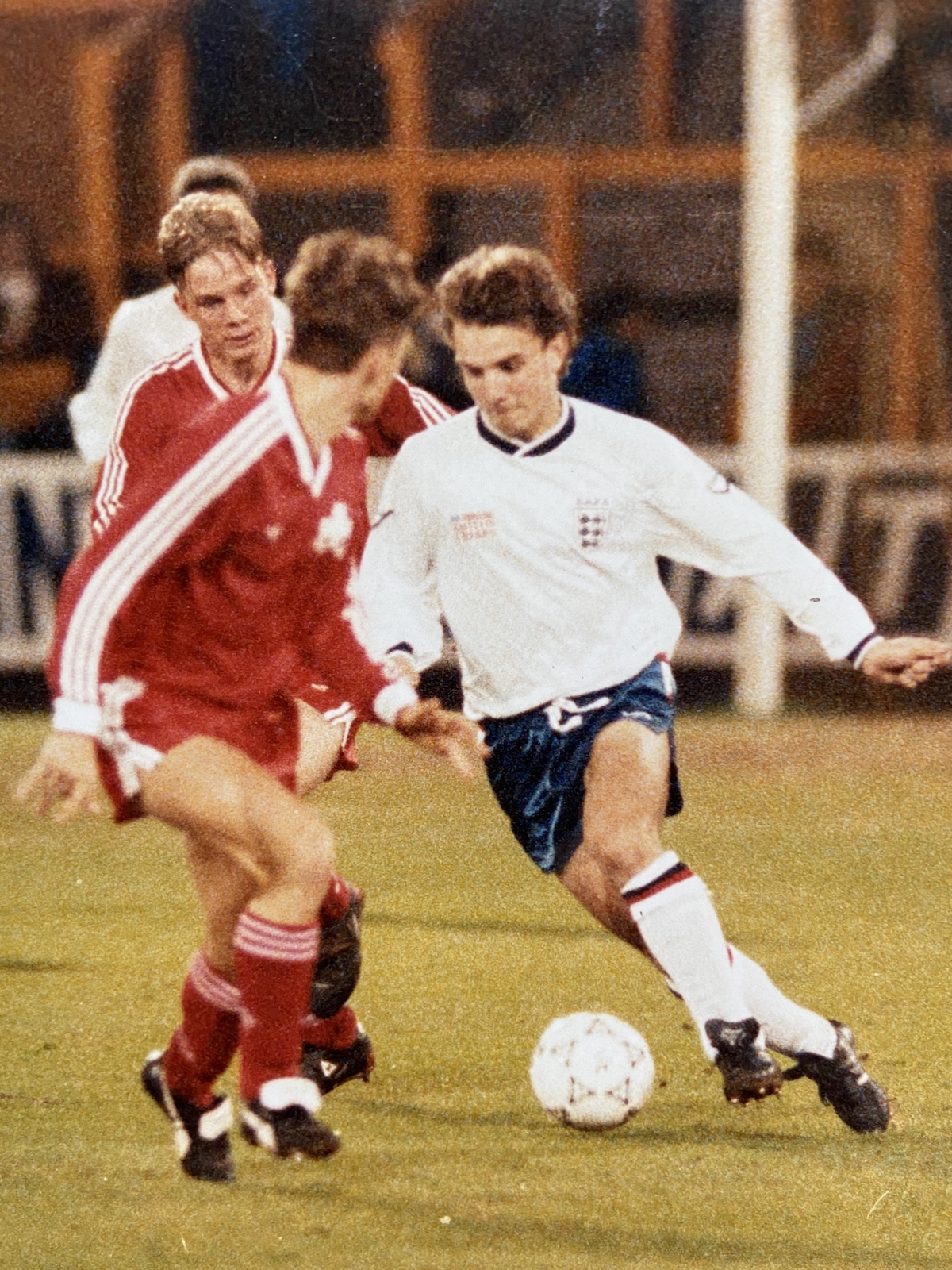 Paul signed his first professional contract in 1991 at the top flight of English football with Southampton FC. 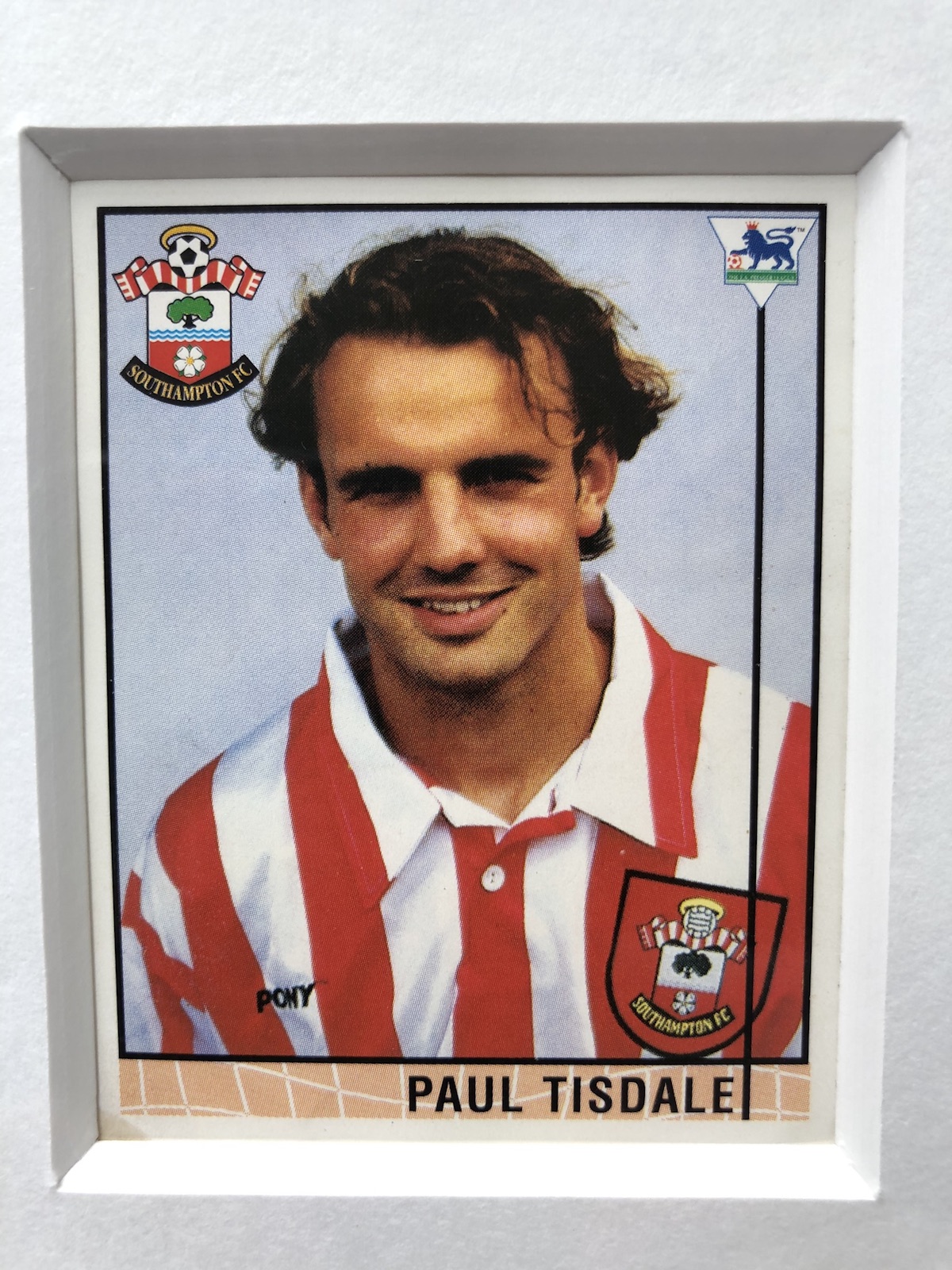 Paul’s first taste of senior football came in 1993 when he joined Northampton Town FC on loan, playing his very first game away at Hereford Utd in League Two. It took a few more years for Paul to break into the first team at Southampton, finally making his football league debut in1995 made premier league debut as a half time substitute in the new year’s day fixture versus Sheffield Wednesday at Hillsborough 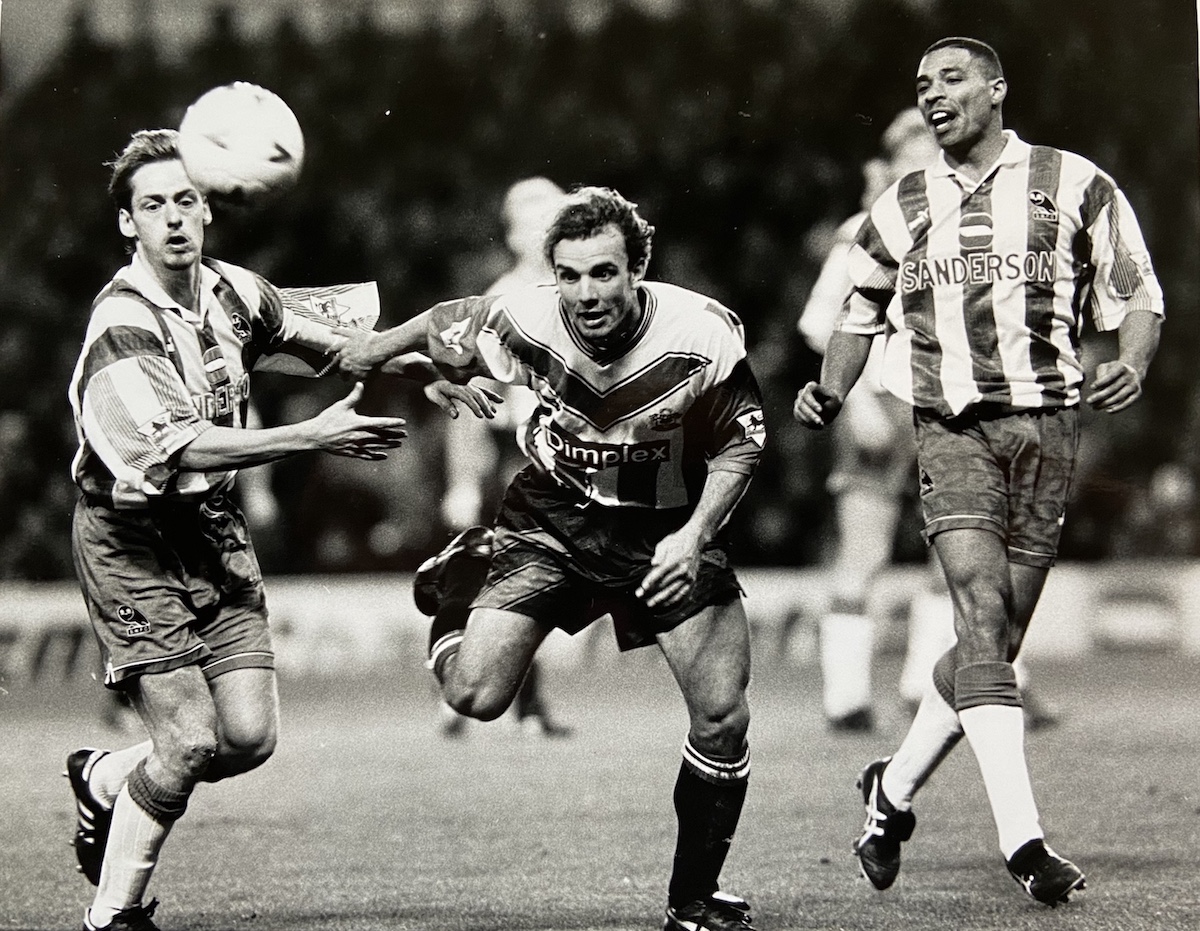 He scored his first senior goal in the Premier League fixture versus Man City at Maine Road in 1996. In 1997, Paul departed Southampton after 7 years as a professional player and signed for Bristol City FC. 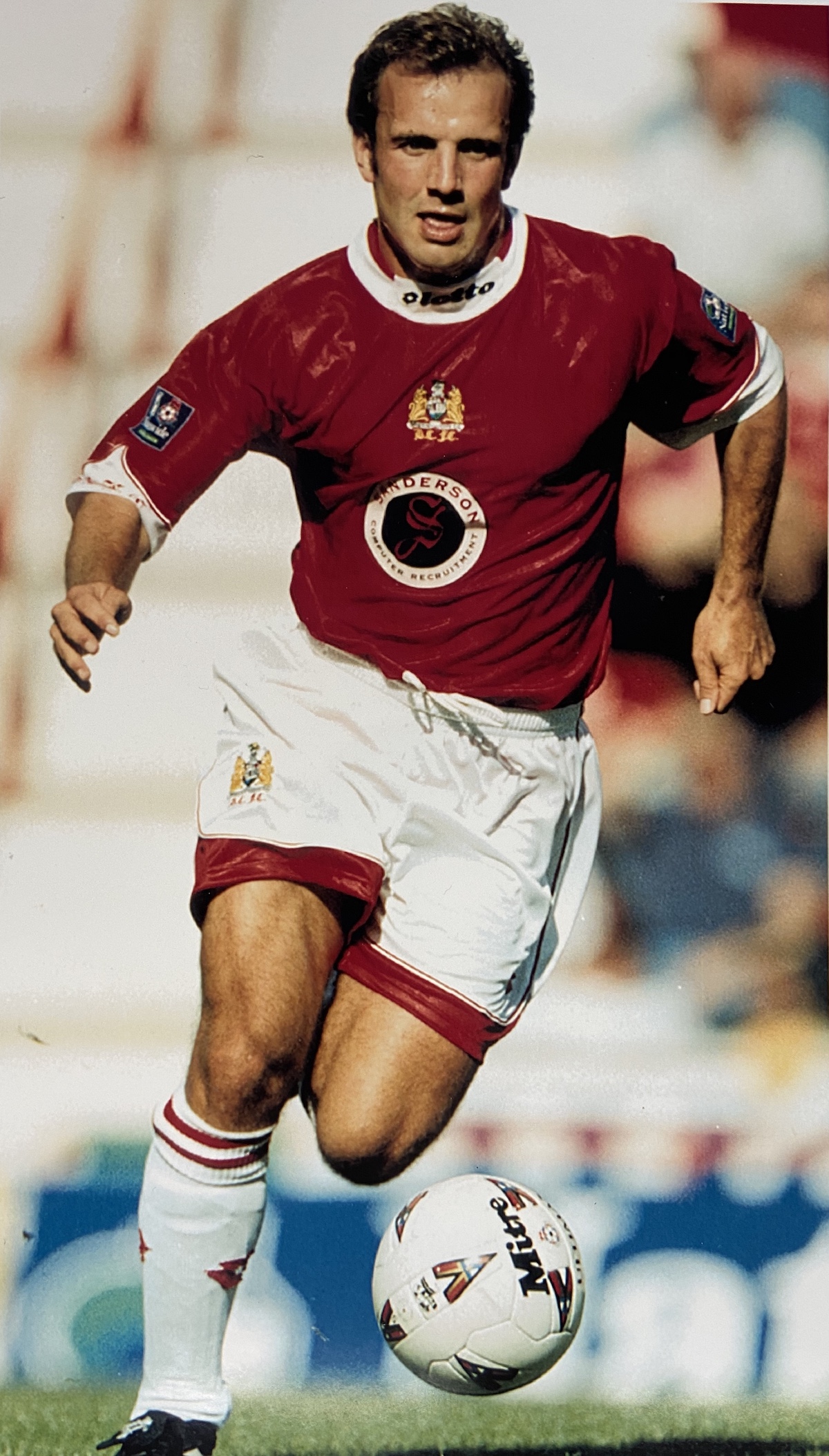 A productive spell followed in Athens, signing for Panionios FC in 1998. Paul experienced a season playing in the Greek League, enjoying a successful run in the 98/99 UEFA Cup Winners Cup - finally losing to the eventual winners Lazio at the quarter final stage.
‍
During his football career, Paul also had spells on loan at Huddersfield Town, Exeter City and Finnpa of Helsinki
In 1999 persistent injury forced early retirement, prompting a new career in coaching.

1999 accepted a new role as the University of Bath football coach with a brief of developing a football programme for young talented footballers to combine full time training with a university education. It was the vision of building a ‘new type’ of football culture mixed with contemporary training techniques from an elite multi-sport environment that inspired Paul to begin his coaching career.

In 2000 Paul helped the director of sport Ged Roddy found and develop the university’s new football club - TeamBath FC, most notable for their 2002 FA cup run. advancing through 4 preliminary rounds to face Mansfield Town in the first round proper, thus becoming the first university team to enter the competition since 1988. 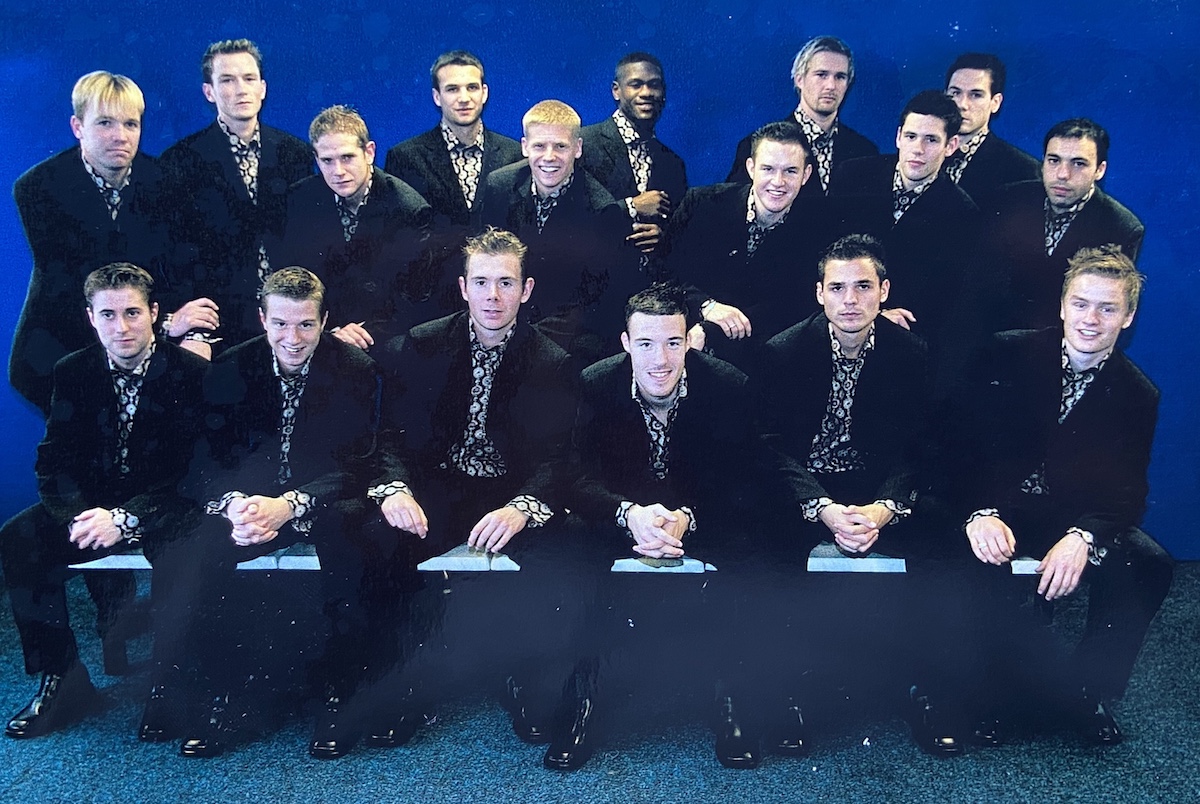 As Head Coach, Paul discovered a talent for coaching and mentoring footballers whilst producing successful teams, eloquently expressed recently on social media by by Kevin Watson the TeamBath Captain of 2002;

“fortunate to have been managed by him. Yet to experience a coach better at truly investing in a players development. His ability to analyse a players game and remember moments better than they will themselves, then articulate them in such a non threatening way.”
‍
Over the next 6 seasons, Paul led TeamBath FC  through 4 promotions, prompting a call from Exeter City FC to offer him the vacant manager's role at St James’ Park.

In 2006 Paul became the new manager of Exeter City FC. 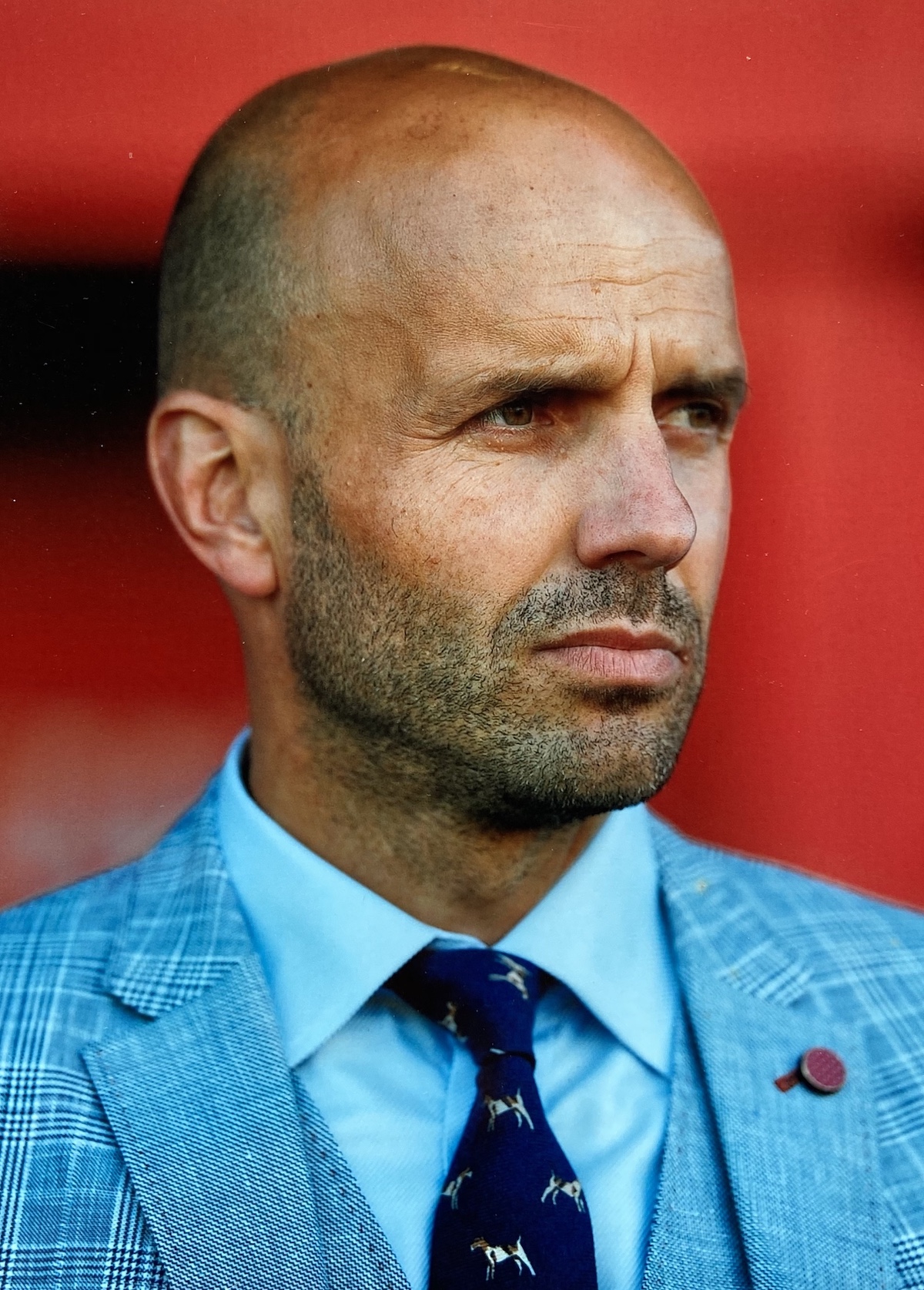 A club fresh out of CVA, Exeter City had recently been procured by its own supporters - The Supporters Trust. The immediate challenge was promotion back to the EFL but the vision was far greater. In the highly competitive National Conference League, Exeter City functioned as a cash flow business, supported by ailing facilities. Faced with an academy in crisis (exposed to losing it’s young talent to it’s competitors following the club’s relegation from the EFL) the challenge of lifting Exeter City permanently out of it’s depression with a winning brand of football combined with business savvy was a complex one. 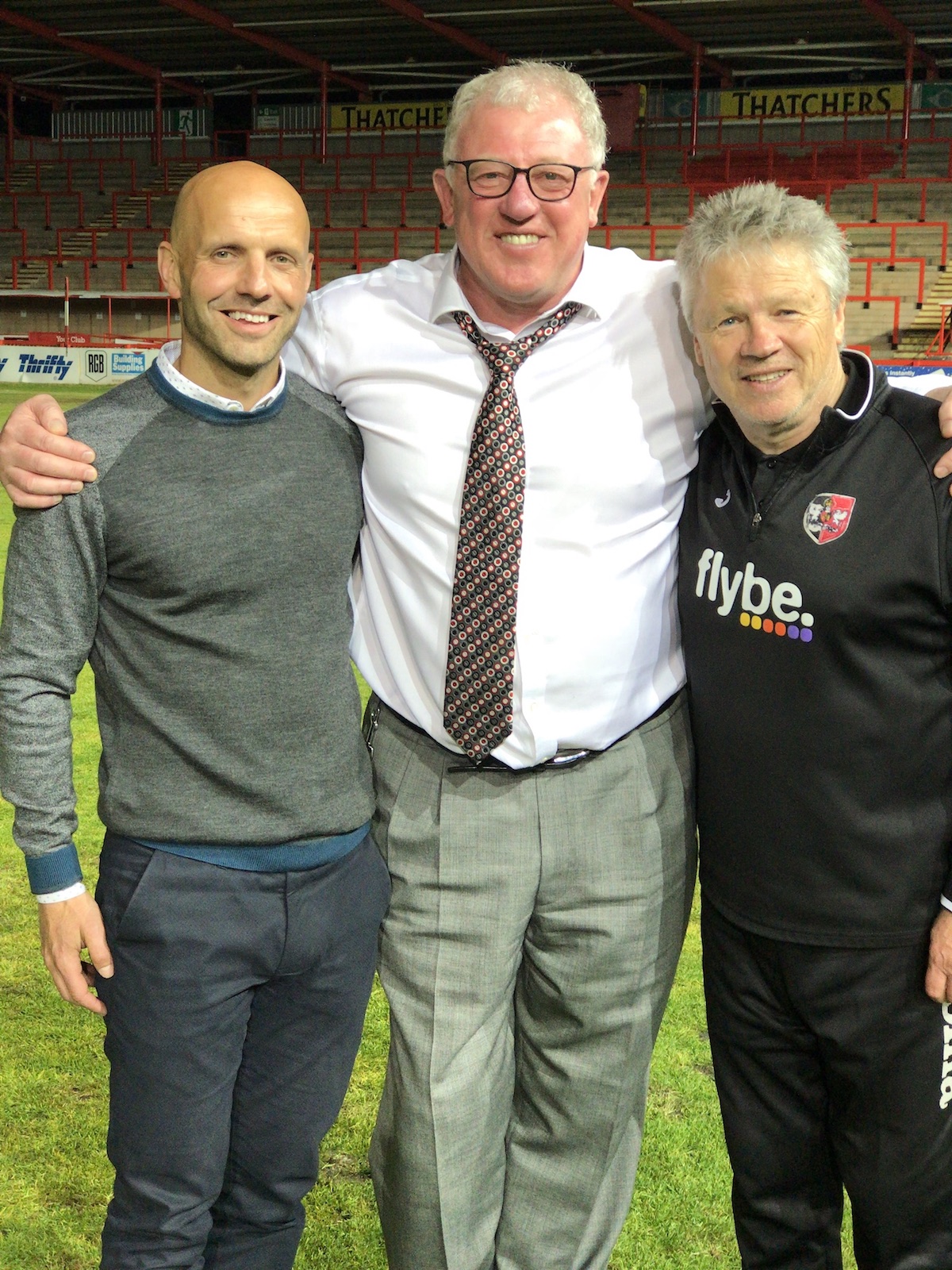 The new ownership model demanded a strict financial framework and encouraged a defined purpose of producing its own talent.
Paul worked closely alongside Steve Perryman (Director of Football) and pivotal club figurehead JulianTagg (chairman) to lead Exeter City through a comprehensive rebuilding process on and off the pitch.

The first five years saw Exeter City rise to its highest ever league finish (8th in League 1 in 2011) courtesy of two promotions. This included two play off finals at Wembley - the Club’s first ever appearances at the national stadium. Without question, Paul had made his mark in football management, re establishing Exeter City back into the Football League in the process. 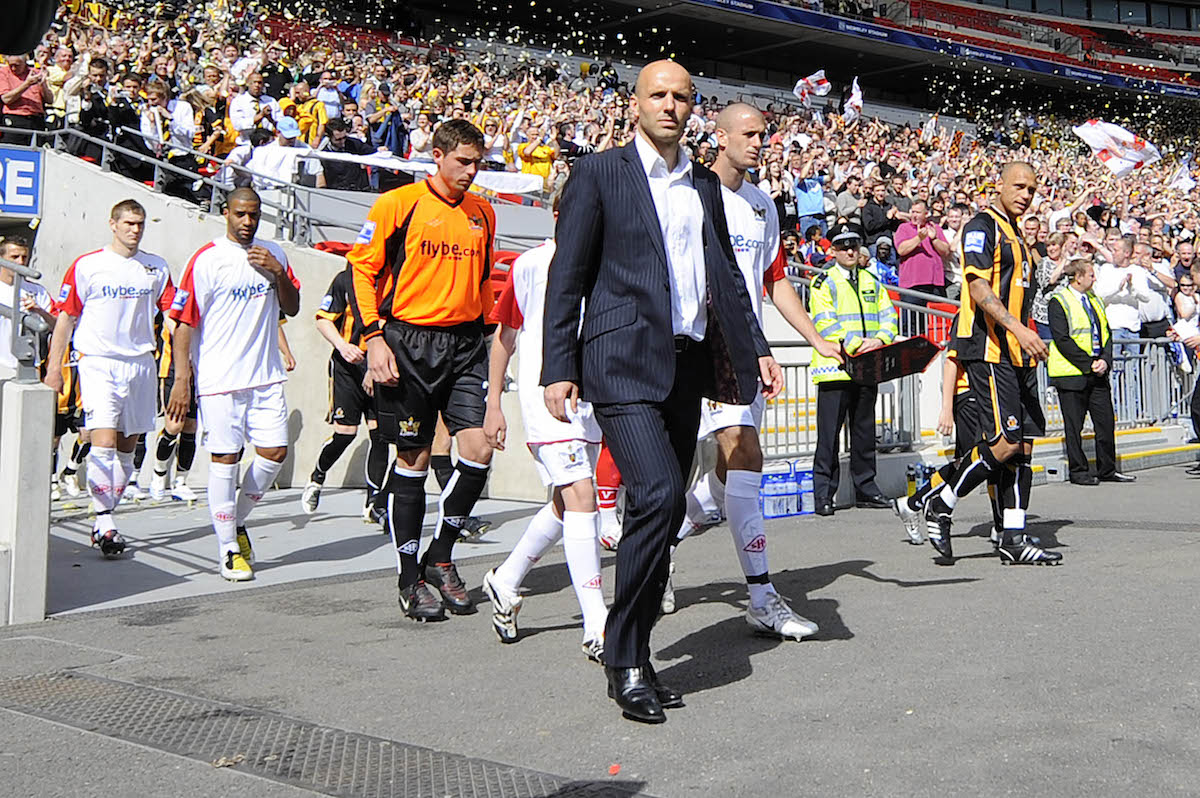 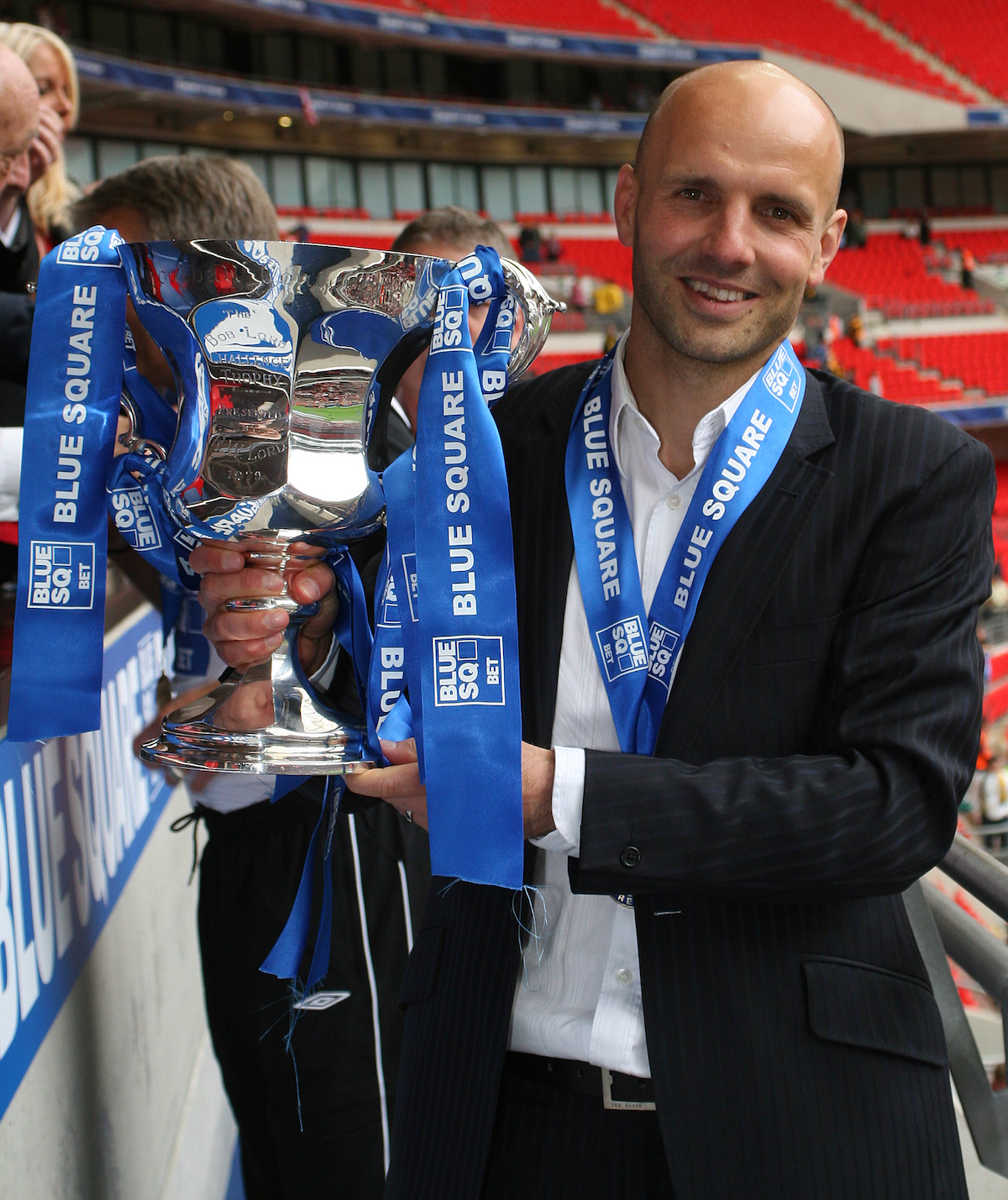 A further spell in League two followed. With only minimal investment from the owners, the need for the club to become commercially viable became Paul’s next focus. The development of talent from the academy into saleable assets brought a series of million pound transfers, creating a revenue stream unprecedented at League two level. In fact, of all the money budgeted as a base spend on players over Paul’s 12 years, roughly 50% was recouped on player sales.
‍
There more successes on the pitch, highlights included a memorable 2:2 home draw with Liverpool in the FA Cup in 2016 and a total of 6 wins versus local archrivals Plymouth Argyle. Two more play off final appearances in 2017 & 2018 concluded an illustrious career at Exeter City FC. Paul is regarded as Exeter City’s most successful manager of all time. 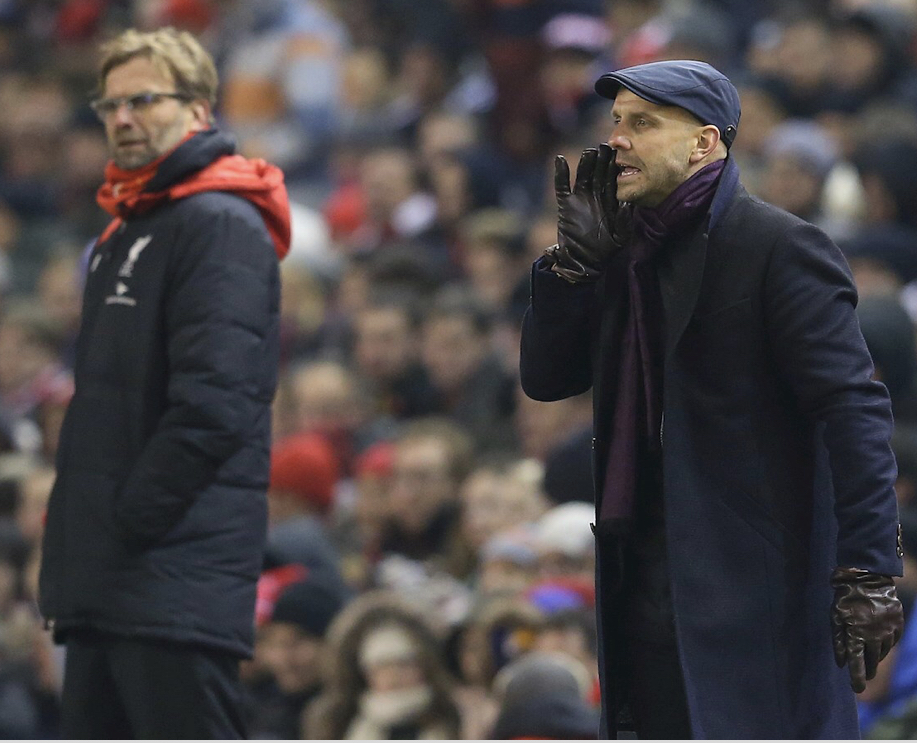 By the time Paul left the club, he had the accolade of being the longest serving football manager in English Football with over 600 matches in charge. However, arguably Paul’s greatest achievement at Exeter City FC was his success in developing an environment conducive to attractive football philosophies and a productive academy, whilst working within a tighter financial model than almost all of the club’s competitors. In addition, continual improvements to the training ground and stadium facilities throughout his tenure alludes to the contribution made not just to the football but to the club in general. 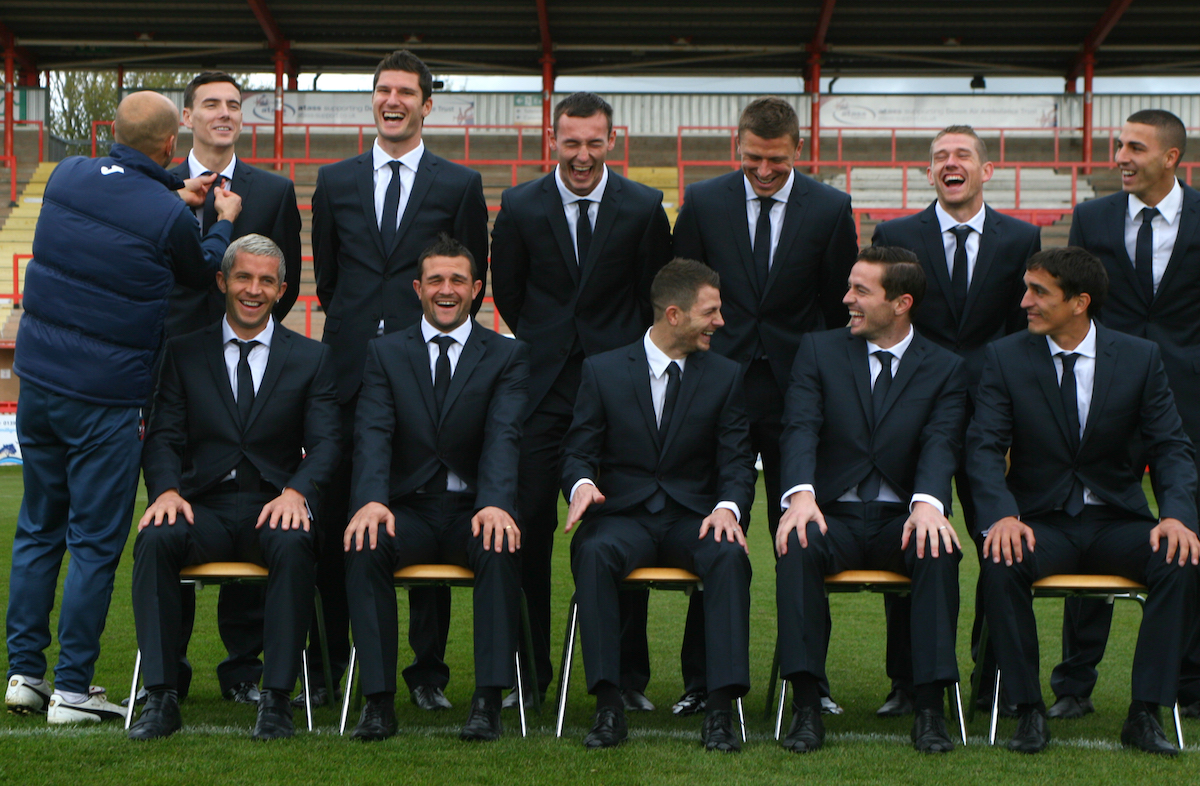 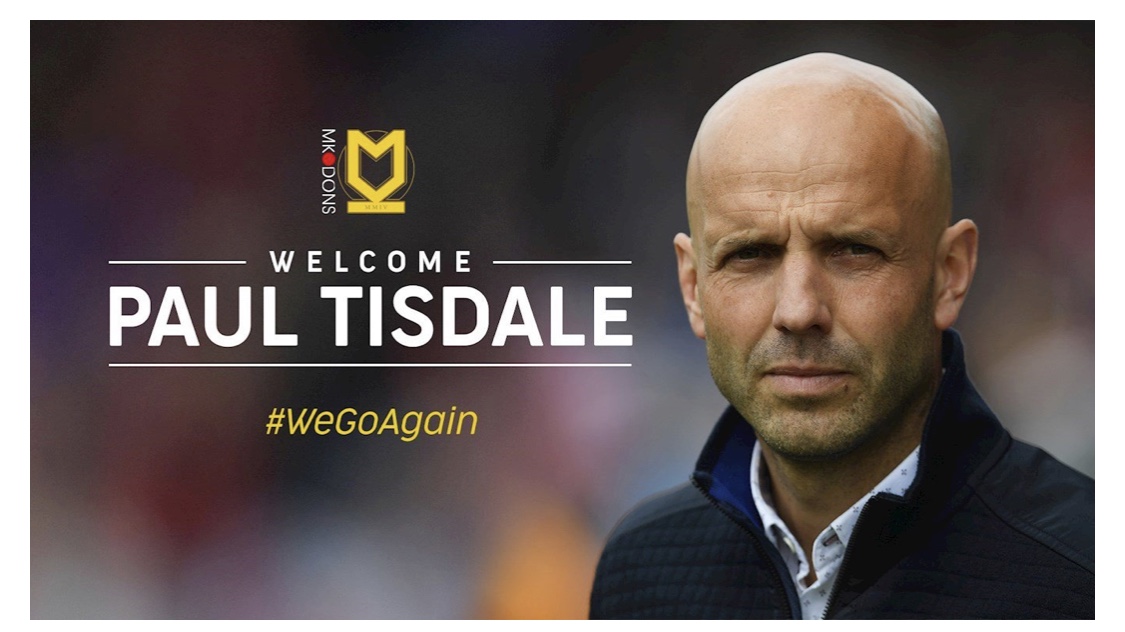 A club in turmoil, having suffered two relegations in the previous three seasons, the brief was simple - promotion back to League One was imperative. The focus was very firmly set on coaching the players.
‍
The immediate task of settling disaffected players and creating purposeful performances was met with a hard working and consistent start to the 2018-19 season. The team displays suggested a renewed unity and by the autumn MK Dons were in a position to challenge for promotion. 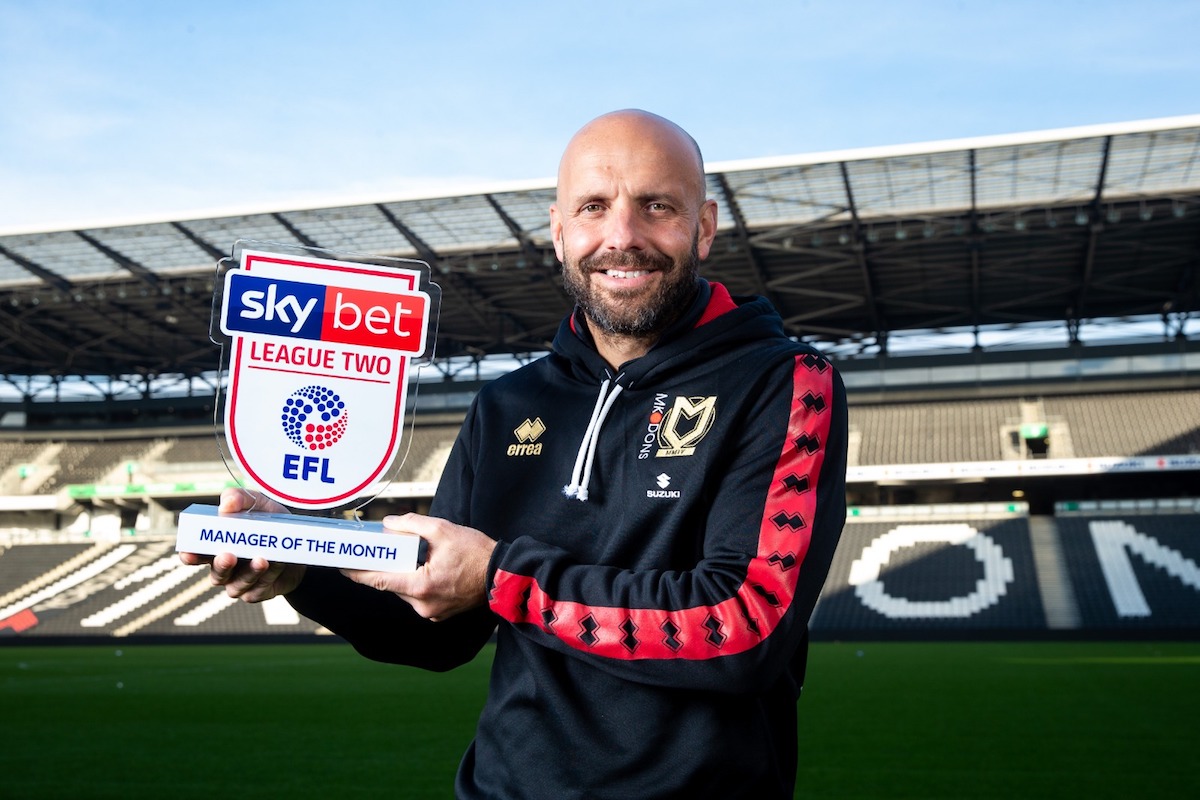 Results dictated that the season finale, a home game versus Mansfield Town would produce a ‘winner-take-all’ scenario with both teams pushing for an automatic promotion spot. MK Dons won the game 1:0 in front of over 20,000 people and Paul and his team achieved promotion at the first time of asking to League One. 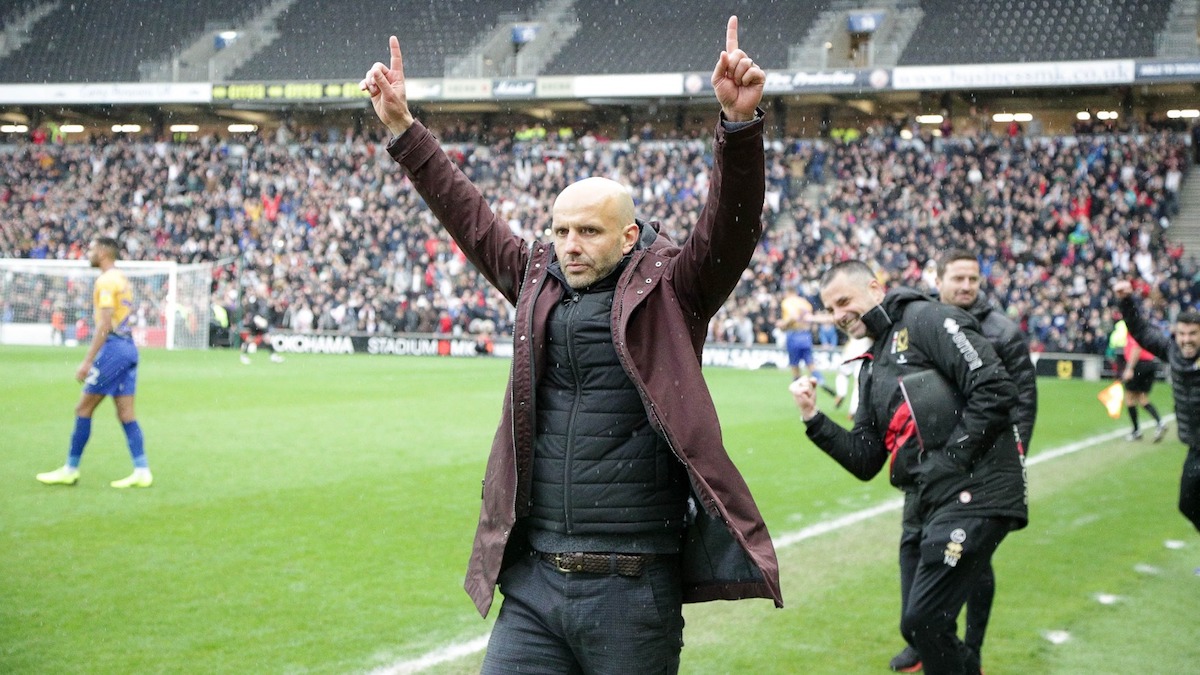 Shortly into the following season, Paul and MK Dons parted company after a difficult start to the 2019-20 season following a series of injuries to key players. 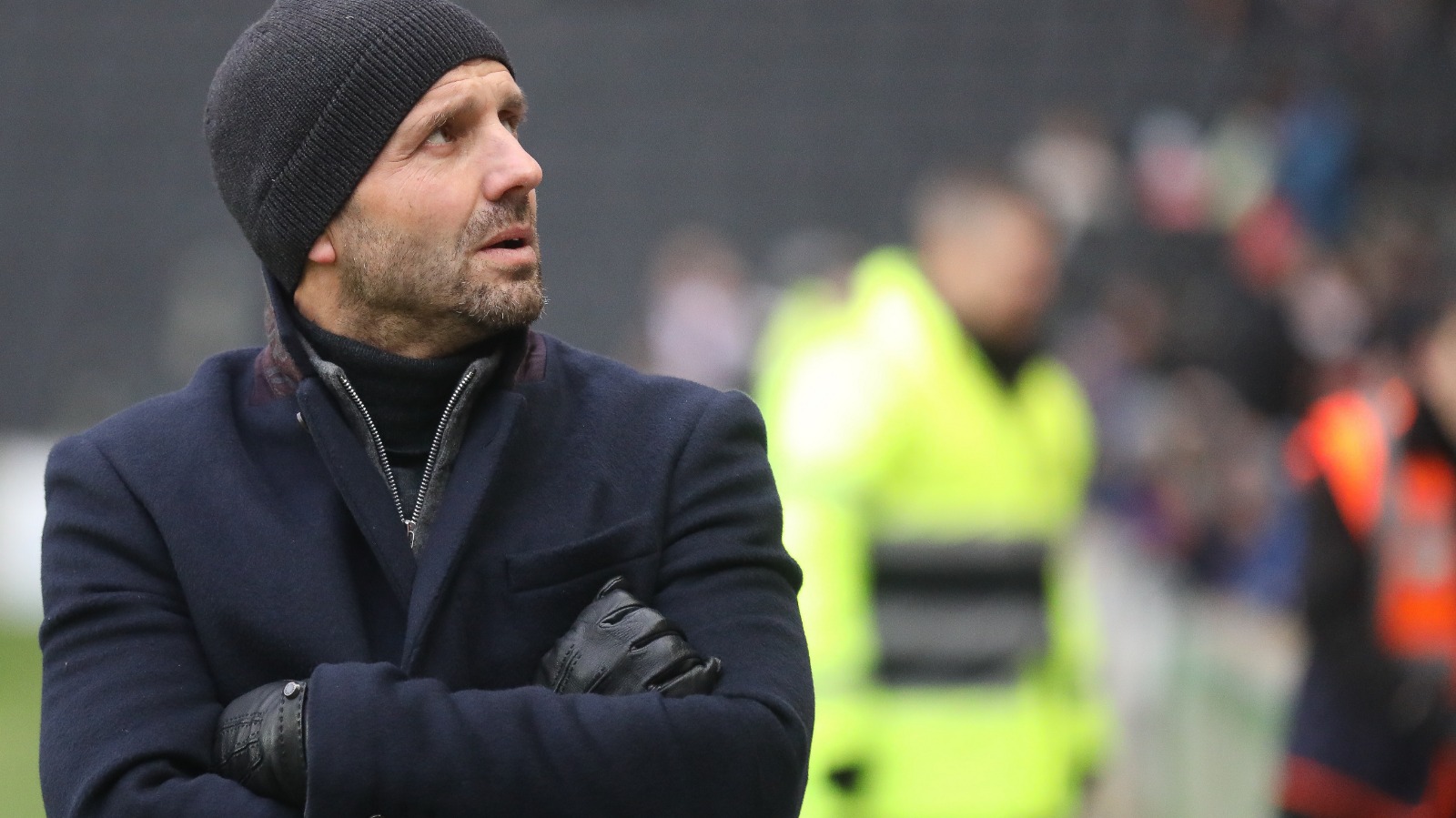